Written by Perla Sigurðardóttir on 22. október 2021. Posted in Uncategorised. 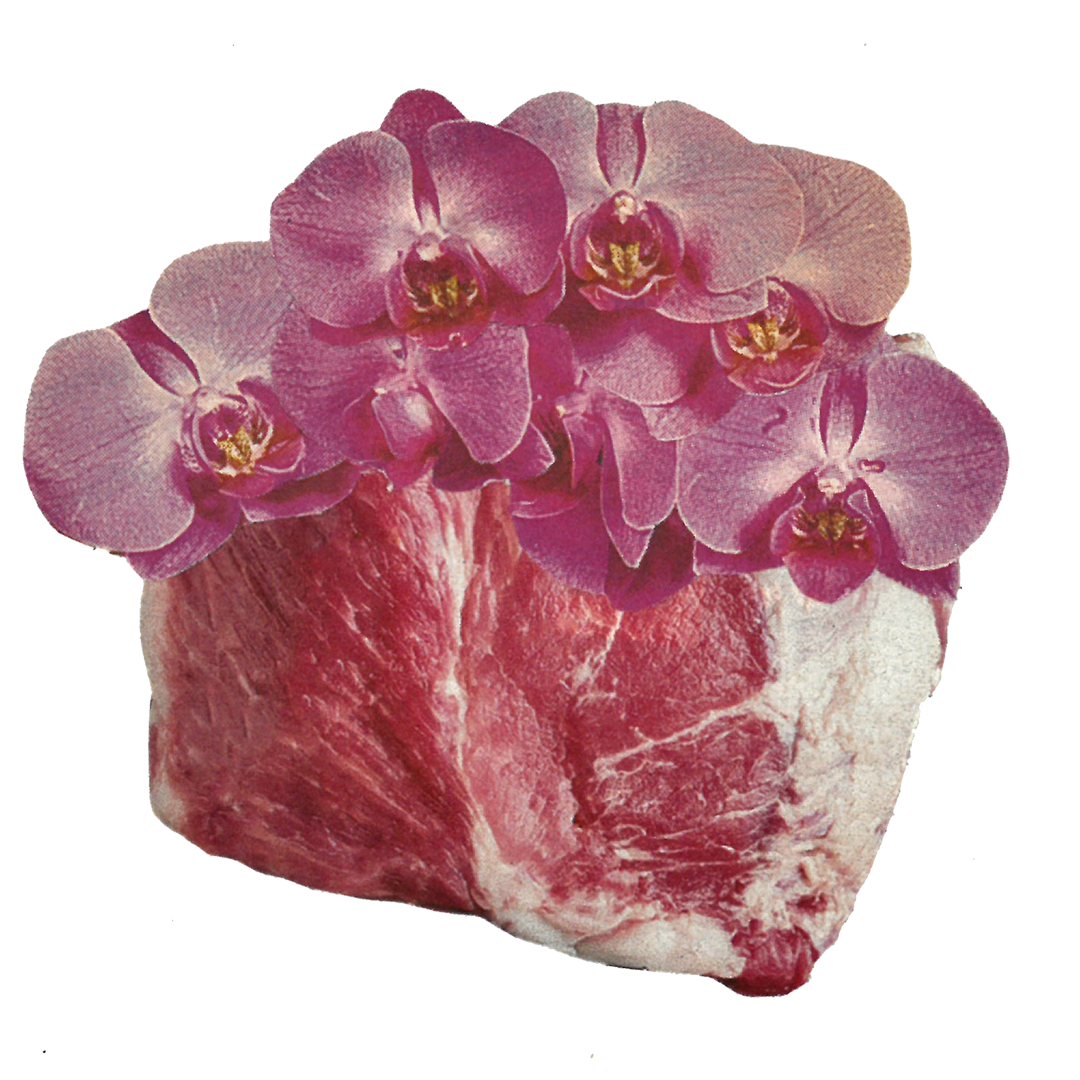 Written by Perla Sigurðardóttir on 21. október 2021. Posted in Uncategorised.

Patriarchy kills. Bojownice ( the word comes from polish female warriors) were killed by systematic patriarchy. Those important women and persons were fighting for human and non-human rights. They were resistant to the power - cruel, unjust and greedy. They stand full of empathy and care for others. Did not obeye to the killer capitalism. And all needed to pay the highest price.
Bojownice are from different part of the world. Till today 18 portraits have been made. Color poster size 100x70 and also a black and white copies.

Bojownice is a work in progress.

Artist and curator, activist and feminist. She graduated in 2002 from Fine Art Department of Nicolaus Copernicus University. Her diploma was supervised by Wojciech Bruszewski. Dorotha mostly works with installation, video art and documentary films. Her works have been exhibited at WRO festival, Mediations Biennale, Venice Biennale, in Prague, Berlin and many other places.

From 2006 till 2011 she was a part of the art duo “Error” with Andrzej Wasilewski. Currently she leads the  Department of Fine Arts at UMK Toruń. Together with Katarzyna Lewadowska she conducts curatorial projects such as Gniazdo/NEST, JA/INNEGO, Siostra Ziemia ( Sister Earth)  and also a project promoting art of young female artists such as Młode and Rebelle. From 2013 she has lead the “Gallery S” in Toruń.

In 2021 they created a computer game called Planet Brokat and together with the video work and installation, pieces were presented at Kling og Bang. A group exhibition showing a series of works inspired by feminist science fiction was titled "“Yes, a falling tree makes a sound (and it has a lot to say)”.

The latest video-performance features Paulina D. Gawrońska (1980, Poland), an actress and a performer. She creates the character of AgroPaula: an expert in composing, no wait, composting and creating a new life from fake, plastic nails, while living in the Polish, remote countryside.

IP Group [Identity Problem Group] is an interdisciplinary artistic collective that has operated since 2009, bringing together the visual and performative arts with sound, video and architecture. IP Group functions in the area of improvisation, from the basis of devised theatre, transmedia activities, performance art, multimedia installations and film.

Since 2014 IP Group has operated the IP Studio in Wrocław - an open space enabling activities at the intersection of sound, visual and performative arts. IP Studio is oriented towards organization of events that move beyond the universally available cultural-artistic programs, which is why in its actions it supports the development and merging of various fields of creative thought and everyday life with artistic practice and theoretical discourse. Currently, IP Studio includes a gallery, audiovisual studio and performance studio. Since 2019, the IP Micro-residency program has also been conducted.

Currently associated with the group are: Jakub Lech, Bogumił Misala and Dominika Kluszczyk.

Karolina Balcer. Born in 1988 in Toruń. Lives and works in Warsaw.

A graduate of the Academy of Fine Arts in Wrocław (2014) and interdepartmental PhD studies at the same university (2017). She works in painting, video, creates painting objects, installations in public space.

Karolina balances on the border of what disturbs privacy and what gives us security, both in the sphere of registering someone's image, family relations or simply interpersonal relations. Her projects often includes families in their theme; a family is actively involved in projects that involve them. Conscious cooperation with the family is an additional and very important aspect in this type of realization, which allows one to maintain the real context. Private stories and experiences become a pretext for discussing social problems such as mental illness, addictions or homelessness.

In 2015-2019, she co-founded the Wykwit gallery. Member of the management board of Wytwórnia Wykwitex since 2017. Since 2019, together with Iwona Ogrodzka, she has been co-creating the nomadic initiative Why Quit.

Iwona Ogrodzka. Ogrodzka focuses on painting and video art. Cooperation with other artists is a very important part of her work. For several years, together with Karolina Balcer, she has been creating Why Quit. Since 2020, together with Ala Savashevich and Pamela Bożek, she has been active in an informal group Borderless Help.

Doctoral student at the Academy of Fine Arts in Wrocław. Resident of the KulturKontakt program in Vienna (2018). Participant of, among others, Survival Contemporary Art Review, Out of Sth Outdoor Art Biennale in Wroclaw and Contemporary Art Biennale in Dresden. Scholarship holder of the Minister of Culture and National Heritage (2019) and the Mayor of Wroclaw (2020).

Krystian Grzywacz (1994) – graduated from the Academy of Fine Arts in Gdansk in 2016 and from the Academy of Arts and Design in Wroclaw in 2019. A multimedia artist working with video, animation, VR, and sculpture, he most frequently develops diversified simulations. His works have been shown at group exhibitions in Poland and internationally. His BA project Vacant Spaces won the main prize at the 3rd Competition for Media Art Graduation Projects (2017). He is currently part of Gnojki, a Tri-City-based social, artistic, and DJ collective

In 2007 she graduated from Fine Art State High School in Łomża with a specialization in graphic techniques.

In 2010 she graduted from cultural studies at Department of Philology Nicolaus Copernicus University in Toruń.

In 2014 she gradueted with an master diploma under supervision of professor Krzysztof Mazur from Faculty of Sculpture and Spatial Activities UMK.

She participate in many artistic and social engaged of Przedprojekt and Urban Observatory projects. Founder and member of Toruń based self-education group GnW, associating graduates and students from art faculties, organizing many lectures and meetings dedicated to current art related issues. She works with CultureHouse! Na Bydgoskim przedmieściu leading series of creative ceramic and contemporary art workshops for kids and teenagers.

She is especially interested in the urban spaces in a social complexity.

student of Fine Art Academy in Gdańsk at Faculty of new media. Born in 2001 in Gdańsk. He works mostly with conceptual art, performance and happenings. In his practice he likes to ask question about patriotism. What is it and how it functions in a social discourse and context of current political situation in Poland. He often uses national symbols and they are currently the main inspiration for his praxis. His works are strongly related to political events in his motherland. The main purpose of his action is to create a inclusive environment where everyone is important and precious.

Milena Glowacka is a producer, composer and live-act performer based in Reykjavík who since 2013 has been developing her own style, somewhere between hypnotic, dystopian techno and drone, experimental sounds, where you can easily lose yourself.

Her work has been published in few different labels: Semantica Records, Delirio, About Blank Berlin.

In December 2018 she launched her debut vinyl "Immensity EP" on Delirio label.

She played in clubs around the Europe such as Tresor in Berlin, Kablys in Vilnius or Corsica Studios in London.

Wiola Ujazdowska is an artists, performer and curator working in Poland and Iceland.

She holds M.A in Art Theory from Nicolaus Copernicus University, Toruń, Poland where she also studied Painting at Department of Fine Arts.

2012-2013 she studied in CICS, Cologne, Germany.  Since 2014 she lives in Reykjavik. Her works have been shown in U.S.A, Portugal, Germany, Poland, Slovakia, Iceland.
She is also activist fighting against xenophobia and for rights of temporary industrial and service workers.